Quality of Life in the Cities. What about Santo Domingo? 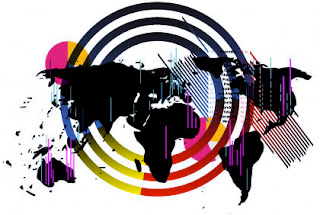 After reading “2008 – Life in the city” from the Veolia Observatory, questions start bubbling in my mind. It is always an automatic step for me to relate all the documents and issues about other cities with my Santo Domingo (SD).

This time I read about how people live and perceive their cites. The survey was undertaken in 14 major cities in the world –from industrialized or newly industrialized countries. New York, Paris, London, Beijing, Mexico City, and so forth.

Its content, however, underpin what is lacking in Santo Domingo’s city management for a higher quality of life. Cited as the two most vital concerns for a better quality of life: Affordable cost of living and Guaranteed personal safety; SD lacks both, but largely the latter.

The top three reasons for liking the surveyed cities were: 1. ease of getting around (meaning transport possibilities), 2. sports and 3. cultural dynamism. In our SD, one of the major concerns is the transport systems. Either public or private, there’s an increasing feeling of insecurity that impedes mobility. Current economical situation is a negative addition to this play.

Architecture came up the 10th reason for liking a city, but in a highly fragmented informally-developed society is difficult to count it as a key reason for SD. [Nevertheless, good samples are shown on this cool bicycle run blog.]

In spite of these constraints, obstacles, problems or however we may call them, it is also cited that “practicity” and access help overcome the negative mental perceptions of the city.

In my case, since my normal activities were limited but still remained enriching, I grew liking SD. Obvious that I reject some of its exclusive spatial and commercial distribution, I reject its current unsafe feeling, I reject the public transport chaos; but on the other hand I had chances to participate, live and socialize.
There are things that I reject, but I feel it is my soil. My positive perceptions are still over the negative ones. I still like SD -despite of politicians.
Image source: http://www.observatoire.veolia.com/en/
Etiquetas: city human development santo domingo