One island and the paradox of two very different speeches 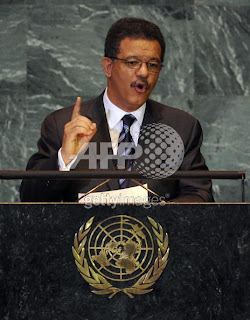 Sometimes when people ask me about the difference between DR and Haiti I explain with a basic description like: they don’t have anything and we have a lot.

In terms of world indexes DR is ahead of Haiti in all sectors, but still gets affected by similar obstacles: natural risks and disasters, oil price fluctuation, drugs…

Meanwhile the latest session of the United Nations (63rd Assembly) revealed structural differences in the approach of both governments regarding development. 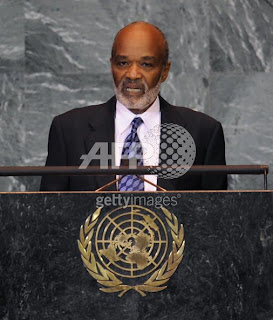 René Preval (RP) from Haiti instead spoke only about his country and referred the rich’s commitment in a very different perspective, a deeper one that concerned the use of the current funds on development and the war on drugs.

LF speech seemed desperate on getting aid while RP argued about rightful investment. Two dissertations that one could imagine could have been done the other way around given that DR and Haiti have almost paradoxically the opposite situation despite the fact that they share the same island. A tricky issue that leads to new thoughts on the way DR has to play the international aid game and still be a propitious place for foreign investment –as it is (or seems to be) one of the priorities of the current government.
Photo credits TIMOTHY A. CLARY/AFP/Getty Images
Etiquetas: developing countries human development santo domingo