During my quest in Rwanda I’ve directly learned that development aid is not as naïve as I thought. Governance, community participation and scale-up processes are not the only ones considered, and are sometimes classified as evil. It’s a difference linked to market laws and decision-makers’ choices. 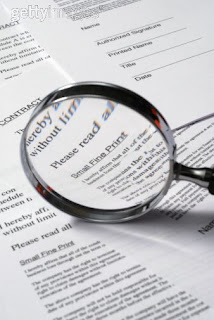 In the Child-Friendly Schools developing in Africa there are basically two approaches:

· Direct contracts signed directly between UNICEF and the developer.
· De-centralized contracts in which UNICEF monitors how money flows between all the other counterparts involved (government and contractor).

These two approaches are very different. There are many different arrangements under the second one, according to the country and the government’s involvement.

The first one is an ‘aggressive’ option. These contracts allow the use of penalties in a very fast and effective way. This means that the pressure goes directly from top to bottom, without linkage with the surrounding condition. It’s a simple independent process.

The second option is a ‘passive’ one. The inter-linkage serves mostly to develop a system, procedures and order. The more and bigger the counterparts are, more difficult is to push, therefore results could be delayed. It’s an intricate process.

Which one to choose?
In Rwanda the chosen approach is the second one. Laws and agreements fix this condition, and I think it’s the best one. Even if there are some delays the construction is taking place. The institutional framework is set up and heads are interested in the process.

Meanwhile, other countries choose the ‘aggressive’ approach in search of faster results. It’s a good idea in emergency or in highly unstable contexts, but it’s clear that human & urban development is a long-term process that can be considered a never-ending story.

If we think clearly, the best option to support this expected development is the ‘passive’ one. Nevertheless follow up and pulling the whole-chain is the only way to achieve results.
-
Etiquetas: construction planning Rwanda