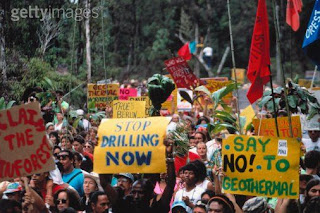 It is not hard to figure out that poor people are the ones that generate cities. They are the one that sprawl or concentrate in certain areas. This ‘poor people’ term includes also the middle classes because in many countries, especially in developing ones, they are struggling to hold on in their socio-economical status.

In history these poor have had the opportunity to protest or celebrate the powers –generally political– that govern and rule the city life. That’s when riots started. A riot is a public act of protest linked directly to cities for two reasons: 1. because they are the centers where authorities and multinational headquarters; 2. because people are concentrated in them.

However we can say that history and urban structure have influenced popular movements. Nowadays it is more common to hear about demonstrations or pacific riots, instead of the classic violent riots –but still easy to switch from the first to the latter in developing countries.

Inspired ‘primarily’ by military factors cities were changed after the 19th century to diminish riot potential.

The district size was smaller, creating separate communities within the same city. And when each one of these grew then it turned too large to act as a unit. The invented names to unite these communities (conurbation, greater city x) have not worked because they are artificial administrative terms.

Private housing developments –creating new suburbs for the middle class– and the increase of automobiles have disintegrated the traditional centers as riot places. The tendency to allocate major urban services (markets, bus terminals, etc) to the outskirts disintegrates it more. 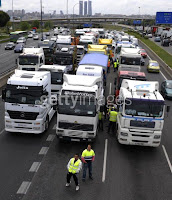 Nevertheless contemporary cities –developed or underdeveloped– have a different setting. Motor transportation, private or public, has been a weapon for insurrectionary movements. Demonstrations using automobiles is one example (i.e. for traffic jams, or light and horns flashing). Public transport is used to mobilize people from their settlements to the riot place. In a contrary way, some countries have experienced how easily ground public transport (buses) can be taken or stopped and immediately affect the normal city flow. Another important feature is the increased number of buildings –headquarter’s offices– to riot against.

It is important to state that most of contemporary western riots are related to the political context –civil wars included. However, in many cases even when popular quarters protest and generate a fear effect in other citizens they don’t look like a serious threat to existing political structures, which have included in their countering methods systematic deployments for troop deployment, development of police forces and the already mentioned rebuilding or reshaping the city.

Based on colonial history and European revolutions the features of an ideal city for rioting would be: 1. densely populated; 2. not physically extensive; 3. relatively socially or racially homogeneous; 4. central institutions are geographically centralized and the city flows all around this center; 5. operational segregation can occur but not creating isolated compounds; 6. authorities live close to the center in known areas.

Nonetheless the effectiveness of demonstrations or riots depends on three aspects of urban structure: how easily poor can move themselves, how vulnerable the centers of authorities are to them, and how easily they can be put down. And these circumstances will vary from country to country, from city to city.
-
Reference:
“Cities and Insurrections” by Eric J. Hobsbawm, published in Global Urban Development Volume 1, Issue 1, May 2005
Etiquetas: city human development urban development