Social life in a Parkless City 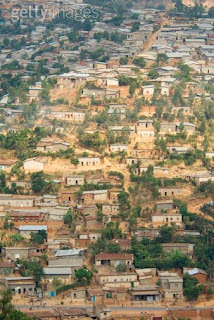 When a city grows housing, working/commercial and leisure areas are usually a common feature. These features interrelate and people use, change and destroy/renew them while their life goes on. This condition links cities to matter conservation theory.

However, some settlements –the almost rural ones– evolve so fast into cities that the concept of leisure gets lost in translation. This is the case of Kigali. Somehow after the war it has grown into a large hills-spread city without a park.

In spite of this Kigali is still a green city. The hills’ trees are not cut down to zero.
Generally it is assumed that parks are the primary center of leisure for cities and towns, but here is different.
So what is the social life in Kigali?